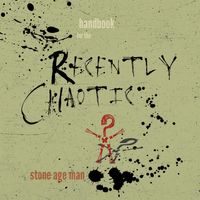 From the recording Handbook For The Recently Chaotic

Drums – Jeff Asselin
Bass – Mat Falvai
Sousaphone/turkey baster – Brian Sanderson
Piano – Rod Fotheringham
Baritone saxophone – Ray Murray
Glockenspiel – Bruce Cawdron
Banjo/guitar/slapstick/tool box/vocals – Greg Paul Stone
Backing vocals – Anouk Gregoire/Bethan Nodwell
Sweaty Man Choir – Bruce Cawdron, Rod Fotheringham, Greg Paul Stone
I wrote this song over the course of a couple of years between 2015-2017. Some songs come out easily. This one was a difficult birth. I wrote so many verses that it became clear after a while, that it wasn't a lack of words but a lack of structure that was preventing me from finishing it.
It started with the chant, “Work! Tsssss!” and the idea that everyone's working but we're not really working together very well. I wanted to make a tongue in cheek comment on the shortcomings of the “growth at all cost” doctrine of capitalism which sees no value in a live tree, only a dead one.
I also wanted to feel the clockwork timing of networks and the chaos of city life in a work song that plods in a heavy sweat. This was a strange bunch of ideas to tie together in a song and that was certainly part of why it took so long to finish writing.
It eventually took shape as some sort of disembodied theatrical piece, seemingly of this world but strangely alien and timeless.
Percussion instruments include a tool box dropped on the ground and a homemade slapstick. This is basically two pieces of 4x1 pine with a hinge and handles. As you “slap” the flat sides of the wood together, it makes a very loud and sharp crack. It sounds like a whip crack without the whoosh of the whip. Just the “crack”. Many thanks to Bruce Cawdron for his suggestion to make this instrument after I asked him how I might be able to create a whip crack sound in the studio. Obviously I couldn't just start flailing a whip around in the recording studio.
Brian Sanderson is playing sousaphone and turkey baster. How does one play a turkey baster you ask? You add a little water to a turkey baster and then blow across the top of the spout while squeezing the bulb with the water in it to change the pitch of the note. It sounds a little like a slide whistle or even a theremin.
***

Start by marking the outside edge of the hinges on the end of the flat side of each piece of wood so that when it folds inwards the flat edges will slap together.
Use the chisel to remove excess wood from inside the marks until the hinge sits flush with the wood or is slightly recessed.
Attach the hinge to both pieces of wood using the correct screws.
With the hinge attached, close the slapstick and mark the outside of the wood at 25cm from the hinged end. This will be the centre point of the handle.
Place the centre point of the first handle on the 25cm mark and drive the first screw half way in. Be sure to use a washer between the screw and the handle.
Check the position of the handle for straightness and attach the remaining screws and washers, then repeat this process for the second handle.
Wood can be left raw or lacquered/painted to your preferences.
Your instrument is complete. Now slap that stick!

It's a race to the bottom, it’s a race to the top.
It’s a boom if you got ‘em, it’s a bust if not so work!
You can be a king or a bum who’ll sing
for a dollar in the street all day.
It don’t matter a lick what path you pick
there’s a price you’ve got to pay.

Burn the midnight oil, ‘til the sun you’ll toil
to unleash your grandest scheme.
Call it what you will, you’re a pig in swill
just shovelling coal into steam.

It don’t take much to make it as such
if brains is what you mean.
Just keep on juggling, nothing but struggling,
shovelling coal into steam.

Turn your face to the sun and pace 'til the hot sweat stings your eye.
Carry that load down a twisted road and cover it with salt and lye.

Dig that ditch. Stack of hay you pitch to the sky, to the sky.
Make that deal, got to turn that wheel
and never know the reason why.

Bend your back to the hammer’s crack and
stitch that thread to the seam.
Nothing but troubling thoughts you’re mumbling
shovelling coal into steam.

Heave and puff when the going gets tough
and you’re bursting at the seam.
We all got to do it so just get to it
and shovel that coal into steam.

The daily grind of human kind is a very, very, big machine.
We all do a bit but it’s random and shit keeps
coming apart at the seams.