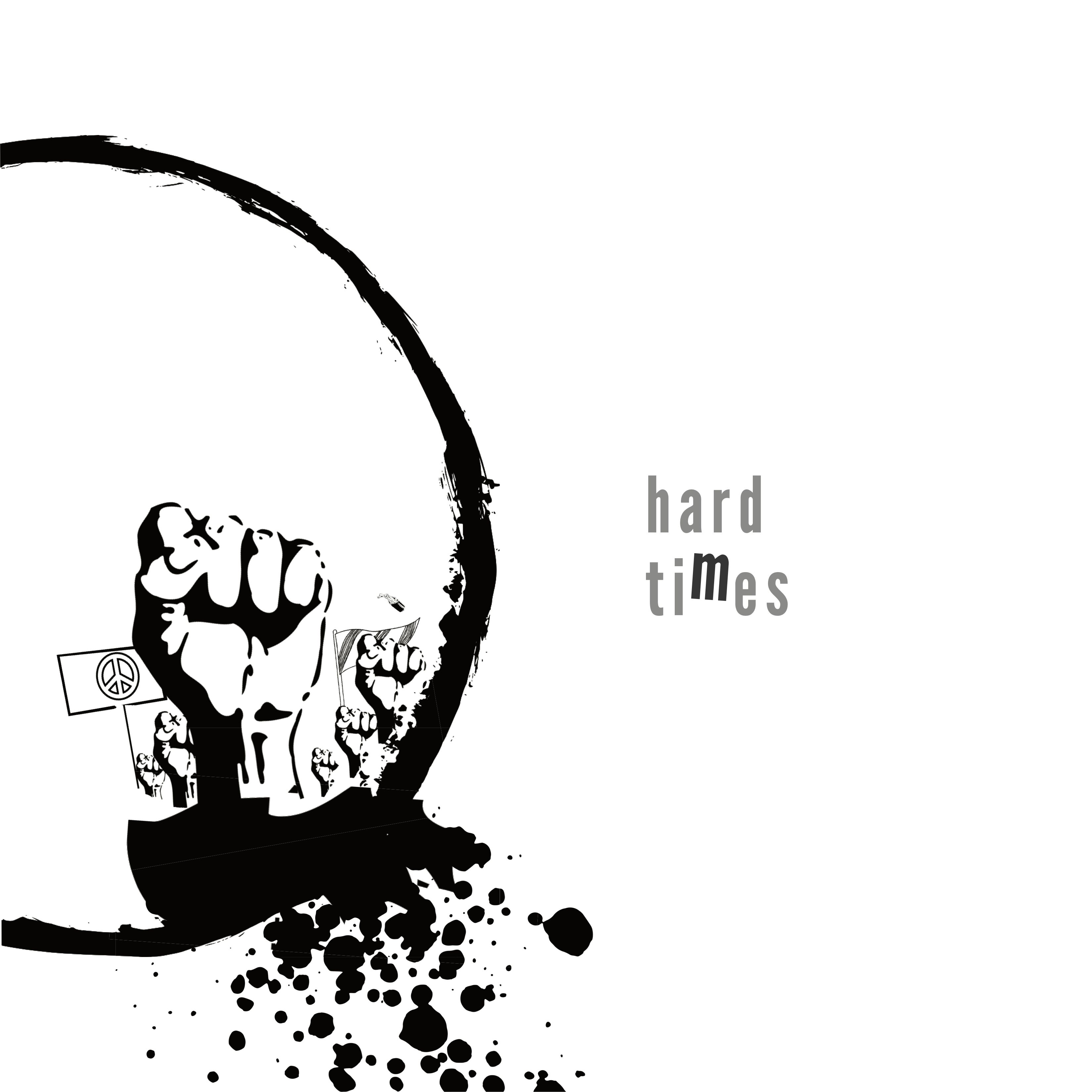 THE THIRD LAW OF MOTION

I grew up In what came to be consIdered by many an Australian version of a police state. The ultra conservative and nationalistic Bjelke-Petersen government held power in Queensland from 1968-1987 and inexorably crept towards massive corruption and repression of civil disobedience over that time.

After massive student protests in the 70s, unlawful assem- bly laws were passed to allow police to easily arrest protesters for no other reason than protesting. As such, any three 'undesirable-looking' individuals could be arrested with the threat of a one-year jail term for holding an 'unlawful assembly' that, in the eyes of the law, ‘disturbed the peace’.

Whilst introduced as a measure to counter student protests, these laws would go on to become an excuse to arrest any small group of those who didn't fit the norm—indigenous Australians, punks, goths, trans, whatever. And you could ex- pect a beating for your trouble if you didn't keep your mouth shut.

I was mostly oblivious to this creeping righteous menace as a child but became aware of the corruption, racism and big- otry that fuelled it as I came of age in the mid-late 80s.

It was a really nice place to grow up for me personally (white privilege) so I don't want to paint an entirely dark pic- ture here. I had a stable loving family and, as long as you fit neatly into the classic white suburban mould, there were many pathways to success—especially in the 80s when culture and prospects were so bright.

There is, however, the dark underbelly of that glossy brightness. People of colour and ‘subversive types’ were routinely harassed and jailed by police for little or no reason. I knew so many people who got busted for the stupidest things. It's no wonder Brisbane had a vibrant punk and underground music scene; it grew out of protest. When teams of cops raid nightclubs and break up private parties with billy clubs and arrest anyone they wish, even coddled white kids begin questioning their place in society.

In 1987 the corrupt government fell and, after years of public outcry over Aboriginal deaths in custody, a Royal Com- mission was held to investigate the justice system’s interactions with the Aboriginal population. The enquiry found that people of indigenous descent were disproportionately more likely to be incarcerated, and systemic bias and lack of care were en- demic in the Queensland justice system. Some changes were made and, as a result, indigenous people are now less likely to die in custody than non-indigenous people. A hollow victory when you take into account that, in 2019, Aboriginal and Torres Strait Islander prisoners represented 28% of the total adult prisoner population, and only 3.3% of the general population.

Also in 2019, Queensland's unlawful assembly laws were updated to outlaw a raft of legitimate protest tactics in a move that United Nations' human rights observers described as ‘inherently disproportionate’ and likely to criminalise peaceful demonstrations.(1) This was a direct response to environmental activists protesting the massive Adani coal mine which has the potential to wreak environmental havoc and potentially obliterate the Great Barrier Reef. The current centre-left Queensland government's tactics to sway public opinion against the pro- testers include massive amounts of disinformation and subversion of the truth about the protesters and their goals.

Right now battles like this are playing out around the world. From indigenous groups in the Amazon basin and British Columbia to Black Lives Matter protests in the USA and those struggling for fair governance in Belarus and Hong Kong. The corporations and regimes we protest want us to be nice,

quiet citizens who get on with our real job: consuming. Fill the shopping trolley at Walmart and toe the company line. Don't think about your impact on the world and don't rock the boat or you might get pushed out of it.

But what do we want?

The disruptions of recent times have served to shake a lot of complacent people awake. It is a rare and special opportu- nity for us to make a more equitable world for each other. The coming years may prove to be an ongoing shit-storm and not a passing shower.(2) The coming age can be the age of the people if we want it to be, but we have to want it and we will have to demand it.

Hard times will hit you like a wrecking ball
Take my hand and turn your face into the storm Together we might fall, dancing at the riot club Maybe it’s the tear gas
But I swear I fell in love with you tonight

Those who forget the past are sure to live it one day
For every smile that a dollar bought, a thousand tears did pay the way

People say...
Hard times will hit you like a supernova Knock you down and screw you over Stay with me, together we might fall
Let the blows rain down on me
It might be revolution
But I swear I fell in love with you tonight

Every little thing you do affects us all in every way You wanna know the only truth?
Love your brother man without delay

Bruising booze to light your fuse

Stir gin, sweet vermouth, juice and Campari in a mixing glass with ice.
Strain into tumbler filled with ice; add a dash of Jaegermeister.
Garnish with blood orange peel.

Hard Times goes out to all people fighting for their freedom. Freedom from the oppression of corrupt regimes, systemic racism and bigotry. It is for those who risk their safety and their very lives for the right to protest authoritarian rule.

Back in 2011 there were riots in Vancouver over a hockey game.(3) Amongst the furor, a young man shielded his terrified girlfriend on the ground from the tear gas and surging crowds. Photographer Rich Lam was there shooting the melée and, when he saw the couple, took an instant classic.(4)

That incredible photo inspired this song but the song is not about the photo; it merely caused me to consider what the story might be. What are they feeling? The impact of that photo has since been eclipsed by heartbreaking scenes at protests around the world. My fist is raised in solidarity with those who strive for a fairer, cleaner and more peaceful world.

May you prevail and win the rights and freedoms you so richly deserve.

There are certain things I like to do with pop songs. In particular, I like to experiment with form (song structure) and key modulation (changing musical keys).

Hard Times was written in G major. I liked the song but it was a little one-dimensional. I didn't need more music. I needed to lift the music that already existed somehow. As a songwriting exercise I decided to try to successfully modulate keys for each section of the song.

For the most part I used perfect cadences (V – I) to achieve the key changes by inserting a V chord for the new key at the end of the previous section. (See Figure 1: The F major chord sets up the new key.)

The only exception to this is the deceptive cadence that leads to the guitar solo. Here I wanted something more subtle. The melody resolves to a G note at the end of the choruses so, rather than a G major chord here, I inserted an Eb major chord (it contains the G melody note). This chord becomes the start of the solo section: the same progression as the chorus, shifted to the new key of Eb major. (See Figure 2.)

I once heard a songwriter say that they weren't interested in music theory.(5) They felt it would get in the way of the song or the process. Music theory is a songwriting tool just like spelling or the ability to rhyme or play an instrument. Without it in my toolbox I probably would have never pursued key modulations to resolve my early ambivalence about this song.

The final result of my 'modulation challenge' is what you hear on the recording.

1. The Guardian. Queensland anti-protest laws 'inherently disproportionate, UN human rights experts say. Thursday 12 Dec 2019
2. The actual existential threat of climate change is coming and we're doing very little about it.
3. Canadians are so relaxed and easygoing that it's difficult to imagine rioting here unless you're unfamiliar with their love of ice hockey. When it comes to hockey, Canada is ready to rumble.
4. richardlamphoto.ca
5. I think some people confuse music reading with music theory. Reading is a means to learn or explain music. Music theory helps you understand the relation- ships between musical sounds. The former is helpful but arguably not essential for pop songwriters. The latter, I believe, is essential.